Winners of the #magicaltogether picture competition!

We like to introduce every month’s winner by making a short interview with every winner.

The winner of October 2015: Henrik Saari

October´s #magicaltogether- winner has been selected!

Henrik Saari was chosen to win for his beautiful picture of Swedish scenery.

-Floorball for me is a way to escape my mundane life. The wins and losses experienced with the team are giving me energy in everyday life. I grow as a person too.

-I hope that the Finnish team will get a gold medal in December. The audience should remember to cheer and stand behind the team!

The winner of September 2015: Krista Nieminen 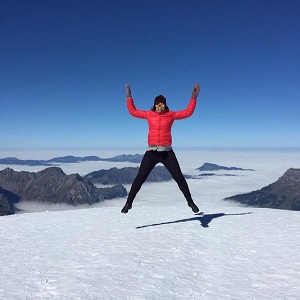 September’s #magicaltogether winner has been selected!

The winner is Krista Nieminen from Finland. Her beautiful picture from the top of Titlis-mountain in Switzerland was chosen as a winner. Breathtaking scenery three kilometers above sea level, mountain tops that rise over clouds and the sun shining. Krista jumps up in an X-position and her shadow makes a wonderful extension to the X-shape.

-Floorball is a lifestyle for me. I’ve played since I was a little girl and my goals have always been high. This sport is about great emotions, achieving your goals and just having fun.

Kristina also wants to say a word about the upcoming Women’s World Championship:

-I wish that the Finnish team is on the podium with the brightest medals on the 12th of December.

The Winner of August 2015: Mika Strömberg 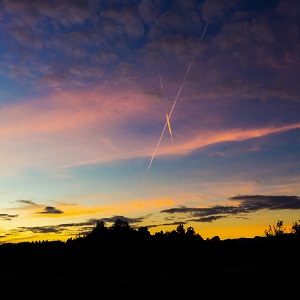 August’s #magicaltogether winner has been selected!

August’s winning picture has been taken by Mika Strömberg. In his picture we can see a beautiful sunrise which makes the sky look colourful and magical. Sunrise is reflecting an X to the sky. In this picture, there sure is some magic!

Strömberg says that floorball means to him new experiences, team spirit, targets and reaching for the targets. He tells that it also means feelings and putting yourself in to the game. Strömberg says that he just recently moved to his new home in Switzerland and every day he takes a new picture to put on Instagram, just for fun. Before taking this picture, he was just leaving for a morning jog and he says, “Landscape looked like that I want to take a picture of it”.
Picture reminded him about the WFC2015 tournament and it´s theme. At the same time it made him thinking about how big part floorball has in his story.

From the WFC tournament Strömberg expects high quality and well organized event as well as good games from Finnish national team. He also want´s to send greetings to Finnish team: “I wish best of luck to the team and for the coaches in preparing to the tournament and for the tournament. I hope I can be able to come and see the home tournament in Tampere.”

We hope so too! Well, at least you have two tickets now! Once more, congratulations Mika! 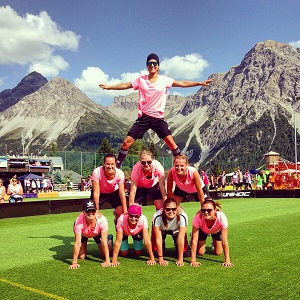 On July thewinner is Ramona from Switzerland and herpicture with a magical position in front of a magical landscape! This picture really representsthe meaning of #magicaltogether.

Ramona says that floorball has brought her the mostspecial moments of success and many unforgettable moments.
- I made a lot of friends troughfloorball. You share tears in the bitterest and laughter on the most beautiful moments.You´re growing together like a family what´s the rare and special thing I likeso much.

About the winning picture she says that - itshows perfectly, how many friends from different countries you can make throughfloorball. You meet so many people. In this image you see a lot ofmulticultural (Finnish, Suisse and Czechs) which is the beautiful thing inthis sport. For me it is always a pleasure and honor to improve my floorballskills from experienced players like Katri Luomaniemi, Mia Karjalainen andthe legend Tiia Ukkonen.

From WFC2015 Ramona expects a spectacular event that gathers together lots of spectators, a full Arenaand a great audience. If everything goes as she hopes maybe we`ll meet Ramona enjoyingthe great WFC2015 audience as a player! CongratsRamona and see you in Tampere! 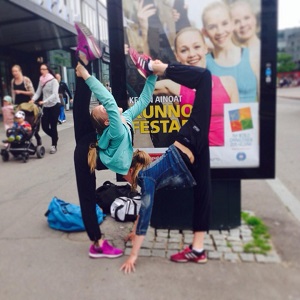 We haveselected this picture as the winner of June´s #magicaltogether competition, asit shows at it´s best what you can reach when you are magical together. At thesame time we wish all the participants of the Gymnaestrada 2015 a great time inFinland.

The winner of May2015: Katri Luomaniemi 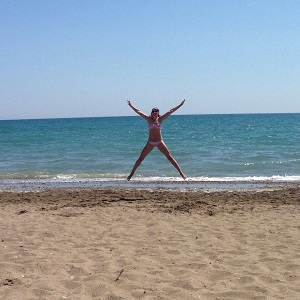 May´s winner is the X-picture of Finnishnational team player Katri Luomaniemi, who played her last season in PiranhaChur in Switzerland. The picture reflects joy, freedom, sincerity and energy.

- Floorball is a lifestyle for me. After a longcareer I nowadays appreciate more and more ability to exercise and stayhealthy. Floorball has brought me my closest friends, the most amazing feelingsof success as well as the bitterest disappointments. Moreover ability to concentrate to the nextshift and more simple playing system in daily life’s hassle.

For the upcoming home Championships she expectsa magical atmosphere, together. 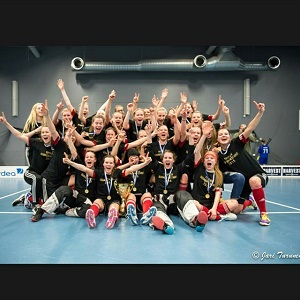 OonaKauppi’s picture has been selected as the winner of April. The picture shows Koovee,the Finnish Champions on B-Girls’, season 2014-2015. Oona herselfis a player of this team.

- Floorball means a lot to me. Through floorball I have experiencedunforgettable moments and made a lot of friends throughout Finland, without anyboarders between the clubs, she describes.

- Hopefully I have learned to be a good winner as well as a good loser,Kauppi thinks about her development as a player.

She expectsthe upcoming Championships to be a top event that attracts many peopleinterested in women’s floorball to travel to Tampere and see the world’sgreatest players playing.

- And of course cheer for team Finland to win! Oona adds with a bigsmile.

Lookinginto the future, Kauppi hopes that the Championships will bring more visibilityto women’s floorball and get also more girls involved with this wonderfulsport.

The winnerof March is the C-girls team of SB Vasa. We have contacted the team’s coachTiia Laitala for a short interview.

- SB Vasa C-girls is a real DREAM TEAM! Thegirls have played floorball only a couple of years, but they have developed alot. SB Vasa C-girls have an amazing team spirit and training motivation, saysLaitala with proud.

- The team has played only two years, finishingthe first year with a position at the bottom of the league table. This year wasgreat, the team finished as third (3.), the coach explains the development ofher team.

The teamhas already planned to come to the Women’s World Floorball Championships.

- This will be a great opportunity to learnfrom following the game as well as supporting the Finnish women to their win,Laitala comments on behalf of the SB Vasa C-girls.

The winner of February 2015: Sarahbernier_ 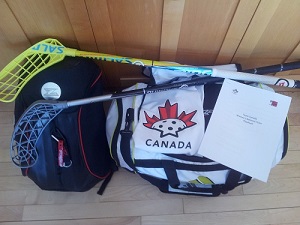 Sarah Bernieris 19 years old and has been playing floorball for five years. She was introducedto floorball in gym class through her teacher, Greg Conway, who ended up beingone of her coaches at the U19 championships last year. Having a hockeybackground, Sarah instantly fell in love with floorball and the added skill ittakes to play well. Floorball has become a huge part of her life and she thinksthat it is amazing to see how much the sport has grown.

- It’s an awesome feeling when I am wearing a floorball shirt and someonerecognizes it. Floorball has opened so many doors for me and I have met so manyamazing people because of it, she says with excitement.

Bernier played on the U19 Canadian Women’s team and competed in the worldchampionships in Poland last year.

- It was an amazing trip to Poland and I made memories that will last alifetime. I am now a part of the Canadian National Women’s team and recentlyplayed in the world championships qualifier against the USA. We didn’t get theresult we wanted, but we learned a lot and had a fun time playing together, sheanalyzes the WFC qualifiers.

- I am very excited for the 10th IFF Women’s World Floorball Championshipsand to watch some great floorball! I hope that this year’s championships willbe the biggest and best yet and for women’s floorball to get greaterrecognition all around the world! Bernier finishes her interview.

The winner of January 2015: Kneatsj

AnitaJones has played floorball for three and a half years in Wellington, NZ. Afterinjuring herself in field hockey she decided to try floorball instead – and hopesshe had started sooner. Anita’s goal is to improve her skills, raise theprofile of floorball in New Zealand and get more women playing!

Shehas an adorable attitude:
- It was a very exciting opportunity to captain the first New ZealandWomen´s Floorball team at the WFCQ AOFC and whilst we may not have won anygames, we never gave up, showed improvement throughout the tournament andfinished on a high with a 3-0 loss to Japan. Your team becomes your floorballfamily and I always look forward to my next game, training or trip away withthem!

She loves that floorball is a game anyone can play and thateveryone who gives it a go seems to enjoy it. Jones got her brother and cousininto floorball, her parents love watching it and now her two year old niece hasa stick. Floorball is in her family.

Anita`sexpectations of the 10th Women´s WFC are to be amazed and inspired by all theteams competing. She will be watching with great interest from the other sideof the world.

- Hopefully next time New Zealand will be there!

The winner of December 2014: FloorballUlfjens 10K

FloorballUlfjens10K has many followers in the social media. He has made it throughdetermination and serious hard work. FloorballUlfjens 10K throws the ball toothers:

- You can do the same - if you decide that you want to do it.Determination is the key. You must remain social and have fun! ;D

He thinks it is important to spread Floorball to all kids, teachers andcoaches, also to places where no one knows what floorball is:

- Wherewe are going is important, concentrate to the future

FloorballUlfjens10K argues that floorball is a new modern way for ALL people. It is a goodalternative to many old team sports when it comes to costs, safety, health,inclusiveness, speed, fun, motivation and physical exercise.

- Strongerthan we have ever seen before. As we know that girls are a priority, for theIFF, the IOC and the global society.