Women´s Floorball World Championships will be played for the 10th time in Tampere, Finland.

In December 2015 the Finnish floorball family is going to experience the thrill of home games. But will the home crowd get to celebrate victory in the end?

Swedish national team has ruled for long and they have taken gold six times. Finland has two championships; the last one is from year 2001. Is the WFC 2015 Finland’s comeback time with the help from their home audience? Swiss team will certainly disagree. They also are hungry for medals as well as the Czechs.

16 national teams will give their best at two arenas. Tampere Arena and Hakametsä Arena are conveniently located within very short walking distance from one another.

A new attendance record was registered at the last WFC in Ostrava. Czechs games had the biggest overall attendance (43 806) in women´s WFC-history. It is possible that crowd was the loudest ever when the home team took the field. In Tampere the Finnish fans will for sure challenge the numbers and also the vibe!

Floorball is a very popular sport in Tampere. Both women and men have two teams from Tampere in the national league. The city of Tampere has good cooperation with the local floorball community and the city supports strongly WFC2015.

Sweden and Finland will meet each other in the fall at the traditional national tournament. The last test tournament is EFT in November.

Then it´s time to do some magic, together in December. 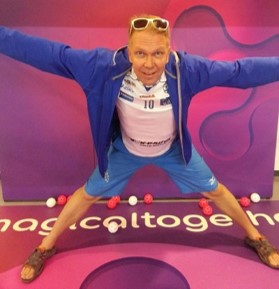